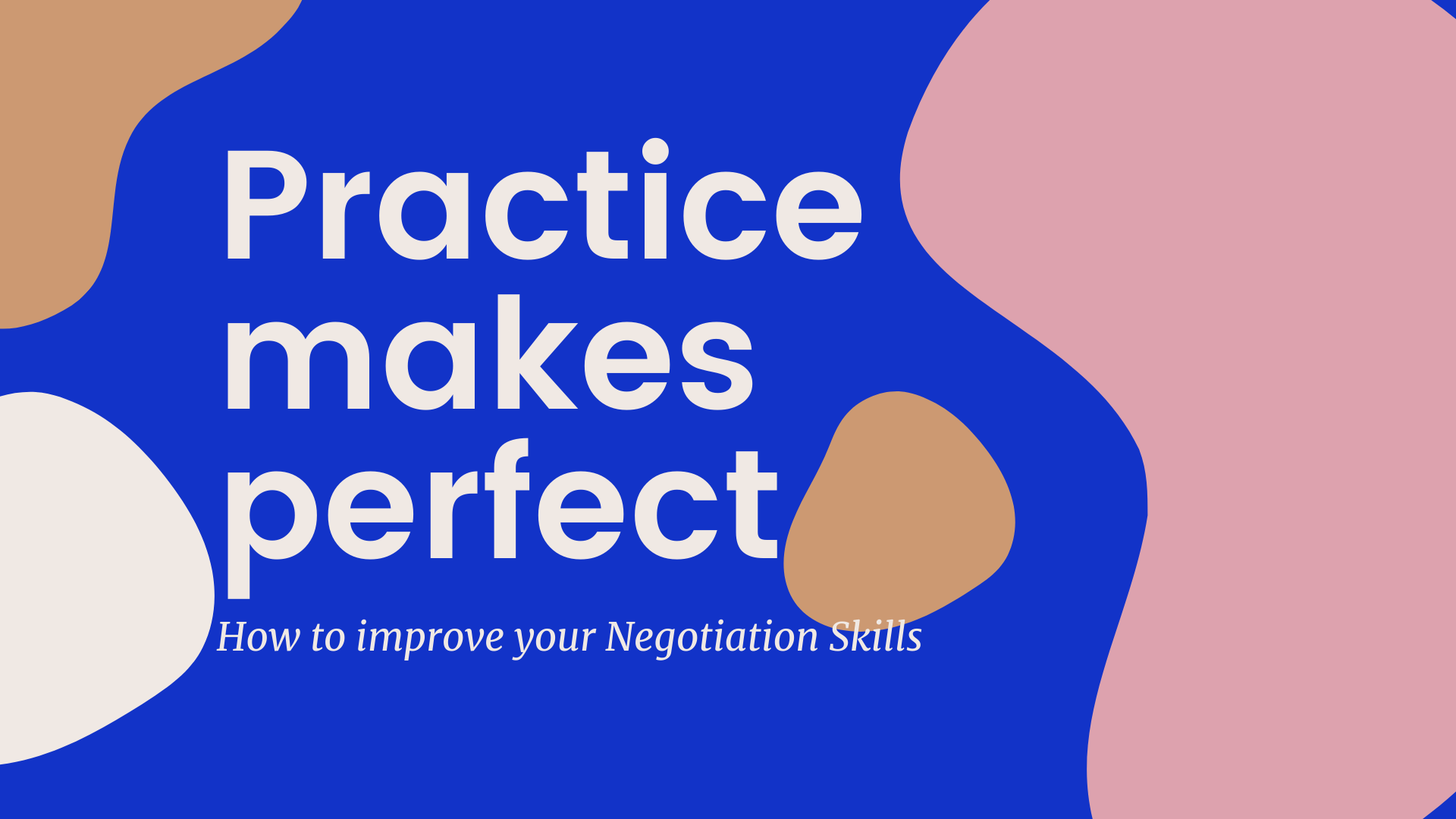 If all the world’s a stage, they are all the boardrooms too? Hrvoje Zaric explains why preparing for your negotiation delivery as if its performance is a no-brainer.

It’s no secret that the best negotiators are those who are best prepared. Before they are even close to taking a seat at the negotiation table, they’ve thought their strategy through, got their proposals ready, and planned their moves.

But one significant task remains: to deliver that plan in a live negotiation setting. No matter how many analyses you have done or offerings you have calculated, you still need to perform. This should not be revelatory. But what may be surprising is the fact that just like every other aspect of negotiation, this performance element can (and should) be practised beforehand.

Preparing for a performance

For every live negotiation, there is both an abstract and practical element to prepare for. The former includes the “why?” and “what?” of negotiation: objectives, involved parties, interests, negotiation variables, proposals. It also includes the “how?”, because deciding on negotiation approaches, exploring alternative routes to success, defining moves, and planning concessions are all part of describing the process of negotiation. Once you are prepared in terms of content and process, your preparation is done – theoretically at least.

But what about practically?

One way to prepare for a meeting is to script it in advance, which prepares you and your team to deliver the right messages at the right time in the right way. When we use “meeting scripting” in our consulting practice, we go through the scheduled period of the meeting and meticulously write down every aspect of how the meeting will unfold. This covers questions such as, who is going to deliver the opening remarks? And a word for word, what will they be? What is the next agenda point? How long will it last? What are the talking points we want to raise? How will we deliver them? What are our questions to the counterparty? What will their questions be? How will we respond? When do we take a time-out? What comes next? How do we want the conversation to end? What are our closing remarks? What will be the next steps?

And this is not exhaustive!

While this type of preparation can be invaluable, it cannot replicate the electricity in the negotiation room. The decisive difference between a negotiator who will excel in the critical moment of the negotiation and one who will struggle or even fail in practice. Skilled negotiators train themselves to be mentally ready for the live performance.

When we are faced with an unusual situation, our minds interpret it as something potentially dangerous. This automatic fight-or-flight response has been going on for thousands of years and proved very useful when the sabre-toothed tiger was still around: adrenalin rushed through our bodies, our pupils widened, and we were primed for coping with the threat, increasing our chances of survival.

These same visceral responses are triggered in more modern times of psychological stress, such as when negotiating. Pounding hearts and sweaty palms are signs that you are outside of your comfort zone. Since you cannot change the nature of negotiation, which is inherently fraught with distress, you need to become comfortable being uncomfortable.

While certain alertness is tremendously useful, the history of failed negotiations is paved with examples where emotions got in the way of a better deal: anxiety and anger frequently lead to poorer outcomes, and even a positive emotion like excitement can endanger the negotiation if it tempts you into making rash decisions or your gloating alienates the other party.

The trick is not to rid yourself of all emotions, but to recognize how they affect your behaviour and then decide to what extent you want to cloak or emphasize an expression of emotion: you must act in a “consciously competent” manner.

Rehearse it, role-play it

The good news is you can train for that. Consider a contentious message you have to convey to the other party. You may have aligned on what this message needs to be. You may even subscribe to it on a cognitive level. Yet the phrasing still feels awkward to you.

The answer? Rehearse it! Say the words out loud. Do this until it starts feeling natural. If you have the chance to prepare with a team, two or more people can act out roles. Pay attention to your emotions and discuss the effects of your respective behaviours on each other. By exploring specific negotiation scenarios and analyzing various perspectives you are “getting inside your counterparty’s head,” anticipating how they are likely to respond.

The beauty of role-playing is you can try out different responses to certain stimuli. Imagine you anticipate a provocation by the other party. Your natural reaction might be anxiety. Wallow in this state and get a good sense of what it feels like, then “rewind” the tape and respond with anger instead. Could it help you strike a better deal? Or would it damage trust and goodwill and make an impasse more likely?

On the flip side, if your counterpart is easily agitated, perhaps you can defuse their anger without giving ground on terms. Try it out. Pause and say nothing to see how that feels. Or, role-play the effect of providing a summary in the middle of the discussion.

Your goal is to become aware of what you are feeling, recognize your behavioural tendencies and patterns, and express emotions in a measured, deliberate way, when doing so may be advantageous.

A stretch goal is to learn how to manage not only your own but your counterpart’s emotions as well. Do a reverse role-play where you act as your counterpart and negotiate on their behalf. The more familiar you get with the multiple layers of emotion that are brought into the negotiation, the easier it will be for you to make accurate observations in the live situation. And by repeatedly practising the negotiation in simulations and exercises, you become more comfortable with the experience. Train, practise, rehearse and keep honing your negotiation skills.

The mere exercise of role-playing will reveal some of your “hot buttons” – circumstantial or attitudinal triggers that send you into autopilot, throw you off-balance and prevent you from thinking straight. During a negotiation, it is important to “stay in charge” by mentally detaching yourself from your natural impulses. You may not be aware of these parts of your demeanour – what psychologists call behavioural “blind spots”, but others will notice them.

In a role-play scenario one of our clients resisted the urge to react to a scathing remark and gave his anger time to dissipate. He was convinced he’d handled the situation marvellously and was sceptical of feedback from colleagues that he was feverishly clicking his pen and bouncing his foot. But a video recording provided visual evidence, and his “blind spot” was revealed.

The moral of this story? If you don’t get feedback, ask for it. Then, cherish and work with it.

Whether it’s a lawyer preparing to address the jury, a politician getting ready for a public speech, or a negotiator setting himself up for a difficult negotiation, visualization is a powerful practice to prime yourself for success. The human brain consists of billions of neurons – nerve cells that, when strung together, form neural pathways. By visualizing yourself doing the desired action you are developing mental models and activating neural pathways.

During their mental preparation ahead of a race, downhill ski-slalom racers will often close their eyes and take the slalom course in their heads, rocking to either side and using visualization as a tool to enhance their performance. The next time you have a big negotiation challenge coming up, close your eyes and imagine yourself doing well under duress. Envision the situation as vividly as you can.

Focus on the details. The more visceral the elements you include in your visualization, the better. Then imagine yourself negotiating flawlessly. Visualize it, feel it. By playing out your negotiation in your head and executing it perfectly, you are poised to go live.

Negotiating is a skill

Rehearsing, role-playing, or visualizing an upcoming negotiation will greatly improve your performance. You will be better equipped to maintain your emotional balance because you’ve tested your psychological hot buttons in advance. At the same time, you can stay mentally alert, listen carefully to the other party and pay close attention to their emotional state. Never underestimate how feelings – yours and theirs – can influence the way people behave in resolving conflict. To be a better dealmaker, once you have concluded your strategic and tactical planning, you should invest effort in preparing your mental, emotional, and behavioural approach. This will improve your skill in dealing with the other party, reaching agreements, and creating value.