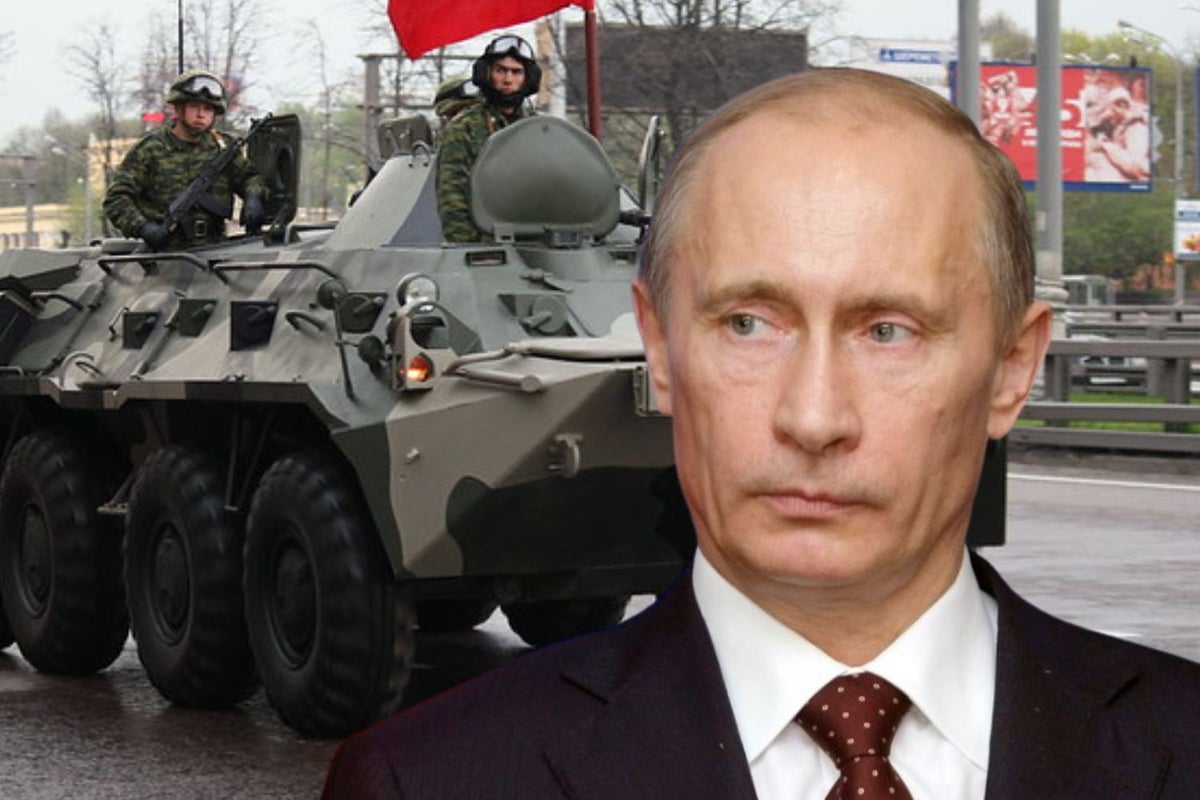 In an effort to get Russian men to help invade Ukraine, President Vladimir Putin’s police and military officers have resorted to snatching citizens from public places in Moscow and St. Petersburg over the past weeks, before taking them to military enlistment offices.

The men, who have no formal military training, are then forced to sign a military summons, handed army uniforms, then briefly taken to training bases before being shipped to Ukraine, according to The Washington Post

One Russian conscript, who survived a battle in Ukraine, described his initiation into the war to a friend over the phone: “We got there the first day, having never fired a shot, and they sent us, like meat, straight to an assault unit, with two grenade launchers. I had at least read the instructions on how to use them.”

The conscript and the other members of the unit were on the front lines by the third day, according to the report. He escaped while the corpses of his comrades lay all around him, he said.

Last week, authorities raided a business center in Moscow, snatching dozens of men, including some rehearsing musicians, a courier and a drunk and disabled man from a Moscow service agency.

Other abductions have taken place outside subway stations, in the lobbies of apartment buildings and inside hostels, cafes and restaurants, according to the report.

In early morning of Oct. 13, the Mipstroy1 construction company dormitories were raided and over 200 men were taken. Four days earlier, Russian authorities descended on a homeless shelter in the Russian capital, rounding up dozens of men.

One man, who was escorted from his office by a pair of police officers and some ununiformed military personnel to an enlistment office, described the morale of the conscripts he was with:

“They didn’t want to fight for themselves. They were given papers and obediently signed them all. They weren’t focused. They just stared into space, as if they had given up.”

The man, who recounted his experience to the Post and identified himself as only Alexei to avoid retribution, was later released without being forced to serve on account of his lawyer — a privilege many others don’t have.

The Kremlin risks igniting more anti-war sentiment as more and more bodies of dead Russian soldiers are returned to the country.

A senior member of Putin’s United Russia party, Andrei Klishas, broke ranks on Friday to call the conscription illegal, indicating a fracturing within the government may be beginning to take place.

Reports indicate more than 300,000 Russian men and their families have left the country, despite the military and police having established mobilization points on along the border. Men without passports have gone into hiding in villages, scared to drive or shop for risk of being forced to fight Putin’s war.

“I don’t want to kill people, and I don’t want to be killed, so I really have to lie low now,” a 24-year-old mechanic told the Post. “But even here, I don’t feel safe. We live at a time when your neighbors could report on you. They might call police and say that there is a young guy staying in this house when he should be fighting fascists in Ukraine,” he said.