In a world of innovations and rapidly changing technology, the importance of the internet cannot be overemphasized. It is still quite appalling that with all the advancements in technology, more than half of the world is still unconnected to the internet.

About 4 billion people from all over the world do not have access to the internet. This means that over half of the Earth’s population is not as informed as the rest. It follows that basic amenities may not be available for these people, as they are mostly unaware of the happenings and what is obtainable in order parts of the world. 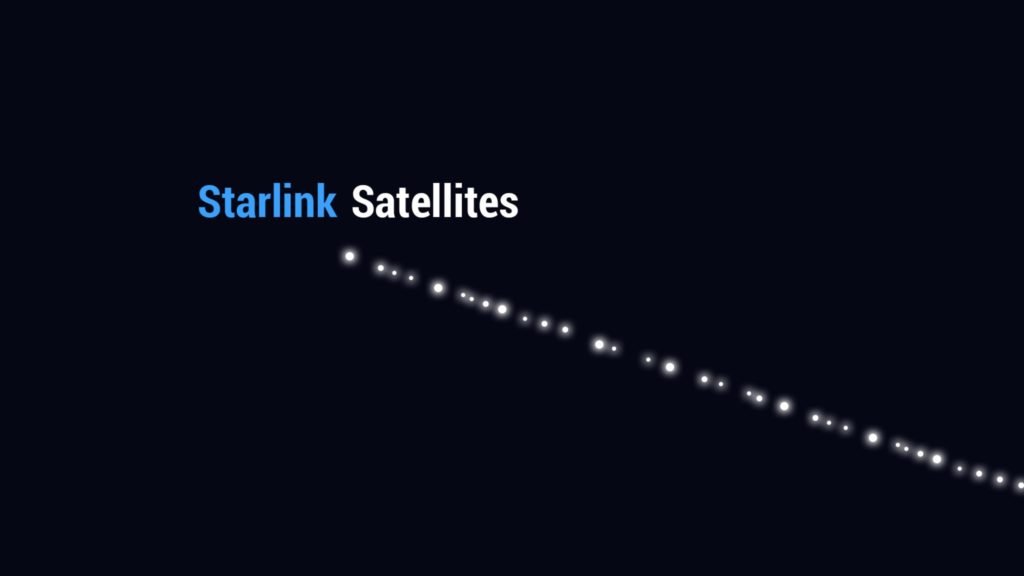 While internet penetration is on the rise, in putting these unconnected places on the digital grid, so many challenges have to be surmounted. The processes are tedious, the distances vast, and the cost, humongous. All hope is not lost, ideas have been laid bare, to reinvent the wheel. SpaceX is Introducing Starlink.

Starlink is an ingenious project from Elon Musk’s SpaceX company, initiated to deliver the internet across the globe, from outer space.

The idea is a vast network of small-sized satellites justices into space at Low Earth Orbit (LEO) to beam internet connectivity to all across planet Earth.

According to Elon Musk, the program will create a constellation of 12,000 of these satellites, with about 8,000 orbiting at 500km up, while the rest orbits at 1,200km on Low Earth Orbit. Between these satellites, they will deliver Ku/Ka-band broadband internet access that is 40 times faster than the current satellite service, and maintaining communication via lasers.

The first experiment on 15th May 2019 saw SpaceX send 60 Starlink satellites. They joined the prototype satellites Tintin A and B, which were launched in 2018. For a minor cover, 6 of such batches of 60 satellites will be needed, while 12 batches of 60 Starlink satellites will be required for major coverage. The first launch was from a Falcon 9 rocket in Cape Canaveral, Florida. The project is expected to be completed by 2027, providing Earth with high speed, affordable and low-latency internet access.

Currently, about 2,000 commercial satellites are orbiting Earth. OneWeb is one firm planning to launch internet satellites similar to Starlink. It already launched six satellites in February 2019. Amazon also has plans to pull the same strings with SpaceX and launch satellites for internet connectivity.

So far, these other projects are not as ambitious as the SpaceX Starlink. It is a disruption in the space and internet environment.

The first of this investment is currently put at $9.8 billion and may cost even more. However, it is expected that the project will generate annual revenue of about $30 billion for Elon Musk.

The launching of these satellites will significantly reduce reliance on the existing network of undersea Fibre optics cable.

The project aims to provide pervasive and affordable connections and to reduce to the barest minimum, the significant lag in relaying information between distant locations. The fiber optics cable we use today has its limitations, which Starlink hopes to correct.

Fiber optics cables are expensive to buy. Also, they have a speed limit for transmitting information. Light travels faster in a vacuum and about 47%faster than through Fibre-optic glass. The lag is quite noticeable in long-distance videoconferencing and calls.

The effect is probably most felt by the finance institutions. A delay in the transmission of information by even a fraction of a second can result in million-dollar losses.

However, the advantages of Starlink are most prominent across very long distances, such as New York to London, while over short distances, Fibre optics steals the biscuit.

Areas that will most benefit from the Starlink project are remote location and transportation services such as cruise ships and airplanes.

One problem with sending so many satellites into space is space debris, which travels faster than a bullet, and even the smallest at that speed may blow a satellite apart and cause more waste. However, the team behind the Starlink project seem to be geniuses, as they designed the satellites to fall out of their orbits every five years. Also, in Low Earth Orbit, satellites will not often travel as fast as when they are higher up. This alone may reduce collision impact.

While cynics may doubt the possibility of this project and may see it as a set up for disaster, if the Starlink projects see the light of day, it is sure to give a far larger number of people access to the internet and change the way the world interacts, forever.

One thought on “Will starlink solve the world’s internet problems?”